Chengdu, capital of Southwest China's Sichuan province, reported a better-than-expected economic performance in the first quarter of this year despite the global economy being affected by the COVID-19 pandemic.

The GDP of Chengdu was more than 384.5 billion yuan ($54.5 billion) from January to March, down 3 percent year-on-year, data from the local statistics bureau showed. China's GDP shrank 6.8 percent during the period.

The resilience of the city's economy can be attributed to its high-tech manufacturing industry, whose added value grew 11 percent in the first quarter, as well as its modern service industry. From January to February, the added value of Chengdu's information transmission, software and information technology service industries increased 33 percent.

Kang Jiayin once worked for an electronics company in Shenzhen, Guangdong province. Earlier this year, Kang found a new job in Chengdu, her hometown, assembling televisions on a production line, as part of a new project by China's leading TV manufacturer Konka Group.

The project's first intelligent production line for flat panel displays was initiated on March 31, and produces displays of 32-65 inches.

"It's similar to my previous job and the salary is good," Kang said, adding she is happy to be able to work at a big company while also taking care of her family.

Yan Jiawei, human resources head of the Chengdu branch of Konka, said it has recruited more than 200 workers and will continue to hire more employees for management positions.

Yan said the reason the project is being undertaken in Qingbaijiang district is because Southwest China's largest railway transport hub is located there, as well as the Chengdu International Railway Port, which helps in overseas sales via China Railway Express(Chengdu).

He added the project is mainly targeted at exports. The first batch of finished products will be sold to customers in Russia, Poland and Serbia.

From April 2013 when the railway express began operation, many high-tech manufacturers, such as TCL, Dell, Lenovo, Skyworth and Volvo, began ramping up export.

The express made 447 journeys from January to March, up 92.7 percent year-on-year, data from the Chengdu International Railway Port showed. Imports and exports in the same period grew 14.1 percent to more than 139.8 billion yuan against the downward trend of international trade, of which, the export of high-tech products reached 56.68 billion yuan, up 11.5 percent year-on-year.

Investment in Chengdu has been steadily growing, according to the local government. On April 16, 168 major projects were signed with a total contract value of 460.5 billion yuan.

"Chengdu, a new first-tier city, has an ideal business environment and is a pioneer in digital economy, which gives us many opportunities," said Luo Longbao, president of southwestern China region of Isstech, a subsidiary of IT solutions provider Isoftstone.

Isoftstone, one of the companies involved in the signing ceremony, is expected to invest 4 billion yuan in Pidu district of Chengdu to build a software research center, information service center and digital operation center.

The company serves new economy companies in digitalization, as well as construction of smart cities. It aims to participate in new infrastructure development in Chengdu and attract more partners to the city, Luo added.

He said the company works with Huawei, Alibaba, Tencent, Baidu, Pingan, and the top three mobile operators China Mobile, China Telecom and China Unicom. Isoftstone estimates it will have about 6,500 employees in Chengdu in the next five years. It will offer about 3,000 jobs each year.

"Chengdu is an important part of the Belt and Road Initiative, a gateway city of inland China to link Asia and Europe, and a pioneer in supply-chain and logistics development," said Zou Yu, general manager of western China region of the company, adding annual sales revenue is expected to reach 2 billion yuan when the project is put into operation.

Chengdu has emphasized innovation-driven efforts to improve capabilities in boosting high-quality development of its economy this year, according to the government. Local investment promotion officials said it aims to introduce more than 15 industrial projects valued at 10 billion yuan each in 2020, and high-end industrial projects are expected to attract investment worth more than 300 billion yuan from domestic capital. 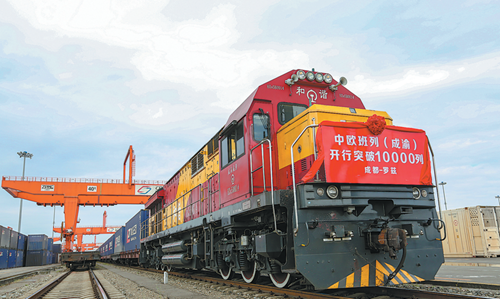 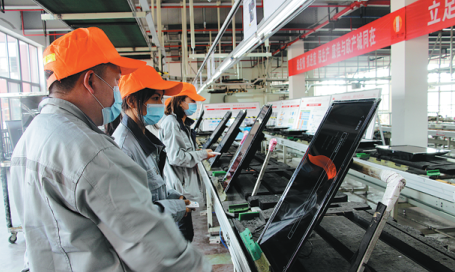